My Problem with Princesses

Growing up I was neither a tom-boy nor a girly-girl. I fell somewhere in the middle - I played sports and loved to do physical activities, but I also loved to play dress up and make music videos with my friends. I loved all things arts and crafts, I loved to wrestle with my brother (I had some sweet leg lock moves) and to dance and listen to music. Because Disney was such a big part of my childhood, I of course knew all of the princesses - Snow White, Cinderella and Sleeping Beauty were pretty much all we had at that point. But more often I could be found acting out scenes from Grease or copying Michael Jackson's dance moves in front of the TV. 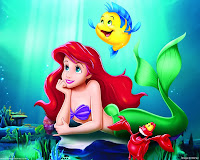 When The Little Mermaid came out in 1989, I was 10 going on 11, and I loved it just as much as any other girl my age did. I knew all the words to the movie and the music right away...same goes for Beauty and the Beast three years later. I wasn't obsessed with the movies: I wasn't dressing up like a princess or having my mom buy me Ariel merchandise, but maybe that is because of my age when these movies came out (and because movies weren't as commercialized as they are today.)

Now I feel like everywhere you go all of the merchandise for girls is all princess all the time!! Everything is about dressing up as a princess, putting on make-up like a princess, watching princess movies, reading princess books - everything is pink and glittery. But what kind of message is this sending our girls of today? 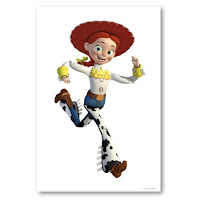 At Disney World the princess merchandise is so shoved in your face it is ridiculous. These parents spend an average of $160 a kid to get them a princess costume, and have their hair done up like "a princess"- but it ends up looking like a bad white trash prom do. Almost every store you go in you see Princess dresses, and wigs and wands and shoes and accessories...and of course all the girls want it! Where are the Jessie the Cowgirl (from Toy Story) costumes? Now she is someone I would love my daughter to dress up as - strong willed, intelligent, opinionated...but more on her later.

Let me get to my point and break this whole princess thing down for you...starting with Ariel of The Little Mermaid.

Just recently (after our last Disney trip where she saw the Little Mermaid show) my daughter has been asking to "watch Ariel on the TV." She had never seen the movie, but has seen the DVD lying around the house, and now finally recognizes her red flowing hair and 1/2 fish body. So I gave in the other night and turned it on for her to watch. I don't think I have seen it all the way through for many years, so I was totally picking up on different things than I used to. Here is my take on this movie, as a 33 year old mother of one two year old daughter (with one in the oven - sex unknown):

Ariel, a spoiled, selfish 16 year old brat, falls "in love" with a person of a different species after seeing (not communication with) him for a total of 3 minutes. When her father finds out he, rightfully, punishes her and tells her she can't see him, but she decides to sell her soul to a witch, thus giving up ever seeing her father, sisters and loved ones ever again just to be with this person she has seen for 3 minutes. And did I mention she is 16 years old???? All works out in the end, and she marries (at 16) this total stranger, thus giving up her life with her family for all eternity.

I have so many problems with this I don't even know where to begin. What message is this sending my daughter? Who the hell knows what they want at 16? Who gets married at 16? This story is horrendous when you break it down like this. Yes, I know it is a fairy tale, and it isn't about real life, but shouldn't it still have some sort of positive message? This is basically telling my daughter that it is ok to rebel against your family and give up all you know for the love of a complete stranger...and that at the age of 16 you are in the right mind frame to make these sort of decisions. No, this is not ok.

Why must they make all of the Disney Princesses so damn young??

They never specify Belle's age, but the Beast is supposed to be nearing his 21st birthday (but in Be Our Guest they say they have been rusting for 10 years? Doesn't make sense!) I don't so much have a problem with Belle, as she at least comes across as having some brains and common sense. You don't really know how long she spends with the Beast and gets to know him before falling in love with him, but I am sure it is probably like a week or two. Still not OK.

Aurora (Sleeping Beauty), Princess Jasmin, Cinderella and Snow White I believe are all about 18 years old when they fall in love and marry the men of their dreams. Besides Cinderella, none of them have ever worked a day in their lives, or experienced real life - all they want to do is find Prince Charming and get hitched.

Rapunzel, or Tangled fame, is 18 years old when she falls for Flynn Ryder, but they make it a point at the end of the movie (a delightful movie if you ask me) to say that it took them a while to actually get married. Tangled has the same short courtship issues as the rest of the fairy tales - in about 48 hours there is love in the air. 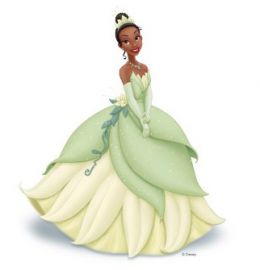 And that brings me to my favorite "Princess" of them all - Tiana from The Princess and the Frog. Out of all of the Disney Princesses, she is the one that I will get behind. Her father taught her at a young age that she can have whatever she wants in life, as long as she works as hard as she can to get it. For years she has worked two jobs in order to save money to open up her dream restaurant (they never specify her age but I would say mid-20s). This hard work ethic her father instilled in her gets her dream in the end, but of course she falls in love in about 48 hours like all the other ladies. Either way I like that they finally showed a Princess with a job, some motivation and some serious balls!

While M loves to watch her "princess movies" she is still head over heels for Woody (of Toy Story fame), as well as Monsters, Inc and the Winnie the Pooh movie - which I am more than happy to let her watch. I don't feel like my 2 year old should be inundated with stories about young lovesick girls getting married in their teens. I like stories about teamwork, problem solving and friendship.

Not that she knows the morals and values that these movies are teaching, but I fear that her watching these sappy movies at this age is going screw her up in the future! Now she wants to wear a tutu around the house and carry a magic wand and say "I'm a princess mommy." And I quickly correct her and say "No, you are Abby Cadabby from Sesame Street! The smartest fairy at fairy school!"

I just have this fear that she is going to turn into this little Prima Donna who wants to wear make up at age 4 (who am I kidding - she loves lip gloss now - more to eat it than wear it though) and who is obsessed with fashion as all of the girl targeted merchandise out there seems to push.

I want my daughter to be more like Jessie from Toy Story than Ariel from Little Mermaid. Of course one is a 12 inch tall inanimate object, and the other is a mythical half fish creature, but one has serious chutzpah and the other is a whiney brat.

Time for me to hide some DVDs.

What do you moms of daughters think about the message that Princess movies send our girls?
Posted by Mama J