Two Kids: The Good, The Bad, The Ugly 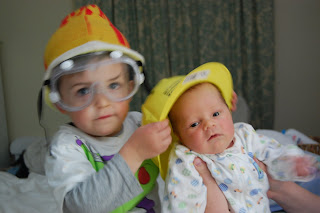 I've been a mother of two for nine weeks. I'm no expert, but for those of you in the consideration phase, I wanted to share some thoughts!

The Good:
The Bad:
The Ugly:
What are you good, bad, and ugly thoughts on the adventure that is two?
Posted by Mama E