A Figment of Imagination 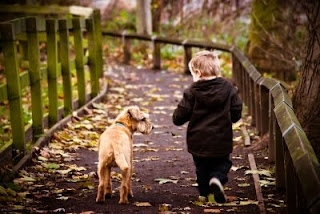 Image: Ashley Cox / FreeDigitalPhotos.net
My 2 year old son, N, has an imaginary friend. His name is Hoti (N is too young to tell me how to spell it but it’s pronounced “ho-tee”). I am assuming the fact that he is imaginary means I don’t have to worry about privacy concerns and that Hoti won’t sue me for using his name on the internet. Or if he decides to sue, he’ll at least use an imaginary lawyer.

Anyway, Hoti has begun to make appearances over the past month or so, and it is basically the cutest thing ever. On the way into the car, N will announce “Hoti is getting in first. Here you go Hoti!” We were going for a walk yesterday afternoon and N was pretending to hold Hoti’s hand. All of a sudden he turned around and walked the wrong way for a few steps, then said “No, Hoti! That’s the wrong way! This way!” and turned around with this big smile on his face like he knows he’s being clever.

I don’t think I ever had an imaginary friend and a quick conversation with my mom earlier this week confirmed that my sisters never had one either. I’m not sure why N has developed one – I suspect it is because he likes having someone who is totally under his control. His attempts to boss me around are met with “how do you ask nicely?” His attempts to boss his sister around are met with a gleeful coo but no action (at 4 months old she adores him, but can’t yet do his bidding. She is definitely in trouble once she can.) His attempts to boss the cats around result in a terrified scramble of cat hair out of the room. So I guess I can understand his wanting to be in charge of someone. N wants to feed someone, Hoti goes into the high chair. N wants to be better behaved than someone, Hoti runs into the street and N gets to scold him. You get the idea.

Since N gets to manipulate Hoti in order to fit his needs, this week I decided to do the same, and am starting to become convinced I am a parenting genius. At our house, we struggle with transitions a LOT. Now I have a new weapon! I just say fine, if N doesn’t want to stop playing and get in the bath I will give Hoti a bath instead. Poof! N is splashing around in 10 seconds or less. N doesn’t want to put his shoes on and I tell him fine, I’ll take Hoti to school instead. Poof! N is sitting on the rug with his socks!

It’s awesome. Though possibly manipulative. I figure I am entitled, since this is guaranteed to only work for about a week until I’m back to stuffing my kid kicking and screaming into his pajamas.

Author note – I let my husband read this post and he informed me that I according to the section on imaginary friends in our parenting book I am not supposed to do this. Sigh. FOILED AGAIN.

Email ThisBlogThis!Share to TwitterShare to FacebookShare to Pinterest
Labels: Development, not perfect, Toddlers