M has a girlfriend. A BFF type of girlfriend. For anonymity purposes let's call this girlfriend, Julie. Julie and M are attached at the hip throughout the school day (or so I have been told). Every time I go to pick M up from school she and Julie are sitting basically on top of each other on the benches outside. At M's birthday party last weekend Julie was by her side the entire time. Julie was basically the only child at the party that M interacted with, because to M, Julie is the bees knees.

A few weeks ago M brought home a picture that Julie had drawn of the two of them "dancing on top of mountains," M said. Please, see the masterpiece below. As you can see M is the one in purple with the unruly curly hair. In my opinion, Julie nailed it. 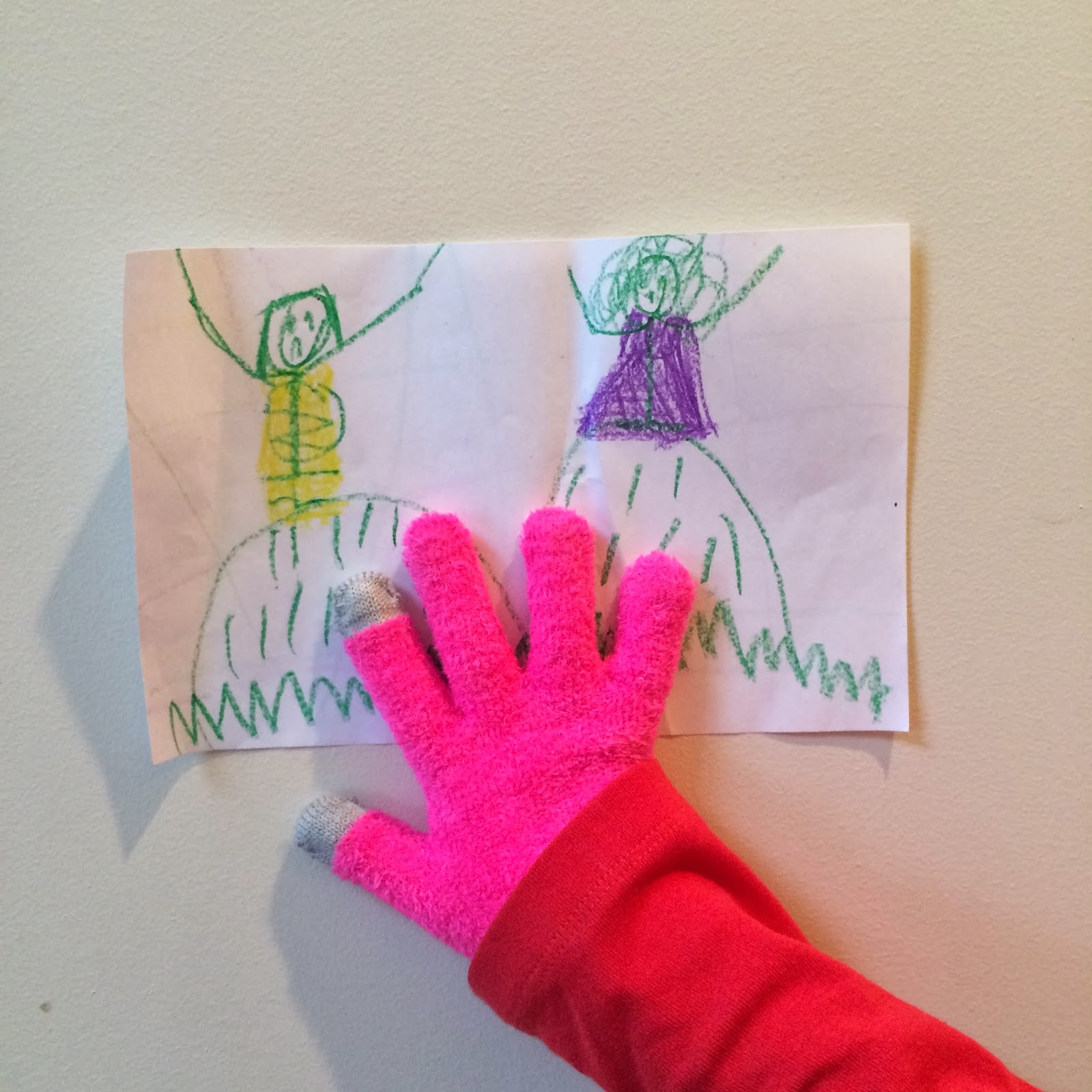 This past Monday M brought home a whole stack of artwork. I was very excited because she rarely brings any work home from school, and I wanted to see how her drawing has progressed. The first drawing I saw was this lovely picture of two similar stick figures as you see above. "Did you draw this M?"

The second was another drawing of the two stick figures doing something else..."and this one?"

"Julie did this too."

Turns out everything she brought home was drawn by Julie, who for 4 years old is a damn good artist if you ask me. And every drawing was of the two girls doing something together. It was hysterical. But honestly I wanted to see what M had been drawing because I can't get her to draw anything but rainbows at home.

And then yesterday we had ballet, which Julie also takes after school. When Julie walked into the waiting area M jumped up and screamed, "Julie! Oh, Julie! I missed you so much!" in her perfect Fancy Nancy dramatic voice. They had just seen each other 30 minutes before class at school.

And there they stood, hand in hand, waiting for the class to begin. It was the cutest thing I had ever seen.

I finally got to meet Julie's mom and discovered that Julie has actually been bringing home M's artwork instead of her own. Turns out the girls just give each other whatever they create in class.

It's funny because I have never seen them actually talk to each other. Just the occasional "hello" or "come over here" or "bye." They just like being near each other, and apparently giving each other beautiful artwork.

So simple, so beautiful. Makes me smile!
Posted by Mama J